Singapore’s investors made a strong comeback to China’s property market, becoming the biggest group of asset buyers in the country even as a trade war rages on with the United States, and threatens to spill over into an assault on Chinese technology. Real estate investments by institutions and individuals from the Southeast Asian city state...

Singapore’s investors made a strong comeback to China’s property market, becoming the biggest group of asset buyers in the country even as a trade war rages on with the United States, and threatens to spill over into an assault on Chinese technology.

Real estate investments by institutions and individuals from the Southeast Asian city state rose to 34.65 billion yuan (US$5 billion) last year, or 42 per cent of total spending by global capital in China, according to data by real estate agency Cushman & Wakefield.

“Asian investors, particularly those from Singapore, have the know-how and rich experience in China’s property market,” said Alvin Yip, head of Cushman & Wakefield’s capital markets for Greater China. “They hold a long-term view on the Chinese market and they are unlikely to be deterred from pursuing solid assets by the trade war.”

The asset buying spree by Singaporeans is likely to set the tone for other global investors as they assess whether rising geopolitical risks would erode the attractiveness and potential returns in the world’s most populous market and fastest-growing middle class. Singapore investors, among the first to set foot in China when the economy opened its doors to global capital in the late 1970s, are often seen as trailblazers among international investors in the country.

The project includes a pair of 50-storey grade A office towers, and a seven-storey retail mall which has been turned into CapitaLand’s third Raffles City shopping centre in China’s commercial capital.

“We will continue to be a net asset buyer in China,” said Puah Tze Shyang, chief investment officer of CapitaLand China. “The trade war could have an impact on China’s economic growth, but we are still bullish on the market.” 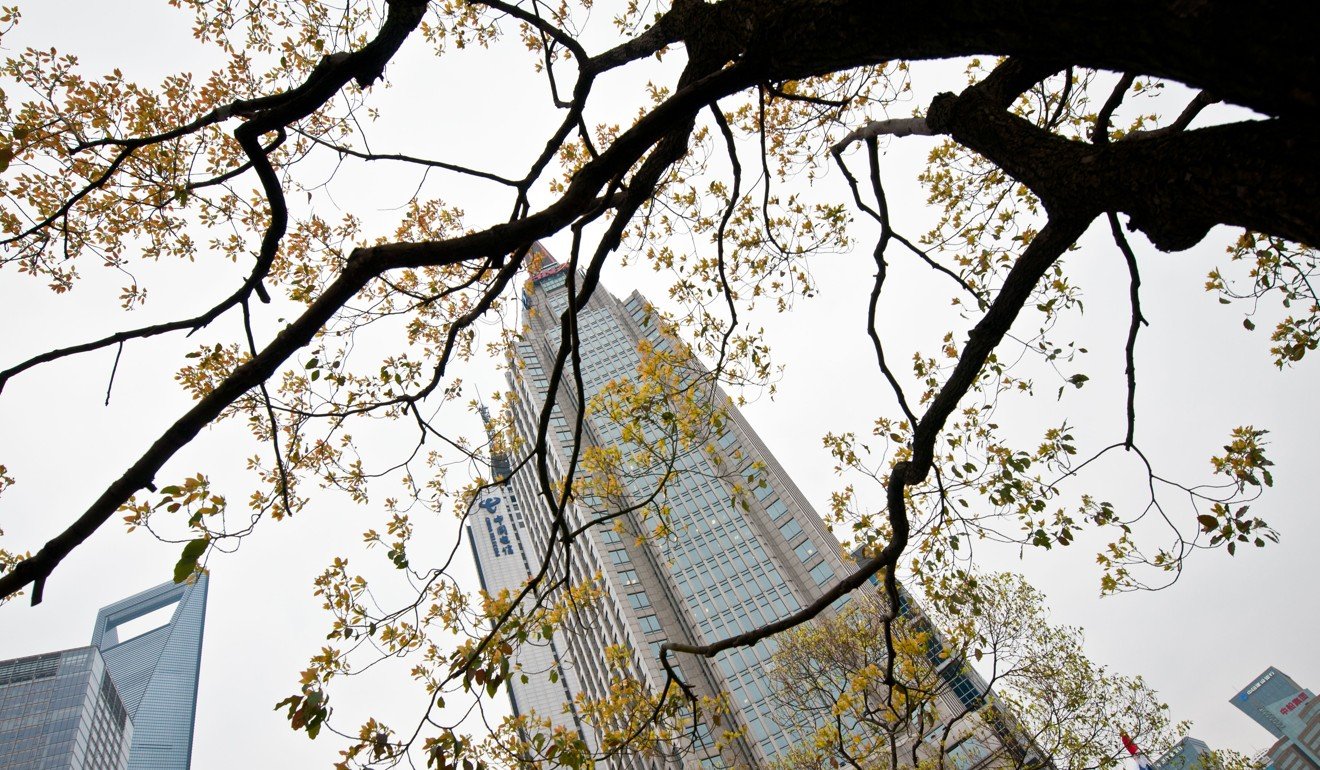 The developer, along with other Singapore investors like Mapletree Investments, Keppel Land and ARA Asset Management, have been piling into assets in China’s first-tier cities like Shanghai, Beijing and Guangzhou.

“Seemingly, the transactions by Singaporean investors happened all of a sudden after being quiet for a few years, but they have been looking to buy Chinese assets ever since 2008,” said Yip. “Foreign investors were often outbidded by their Chinese counterparts before 2018 when golden opportunities arose.” 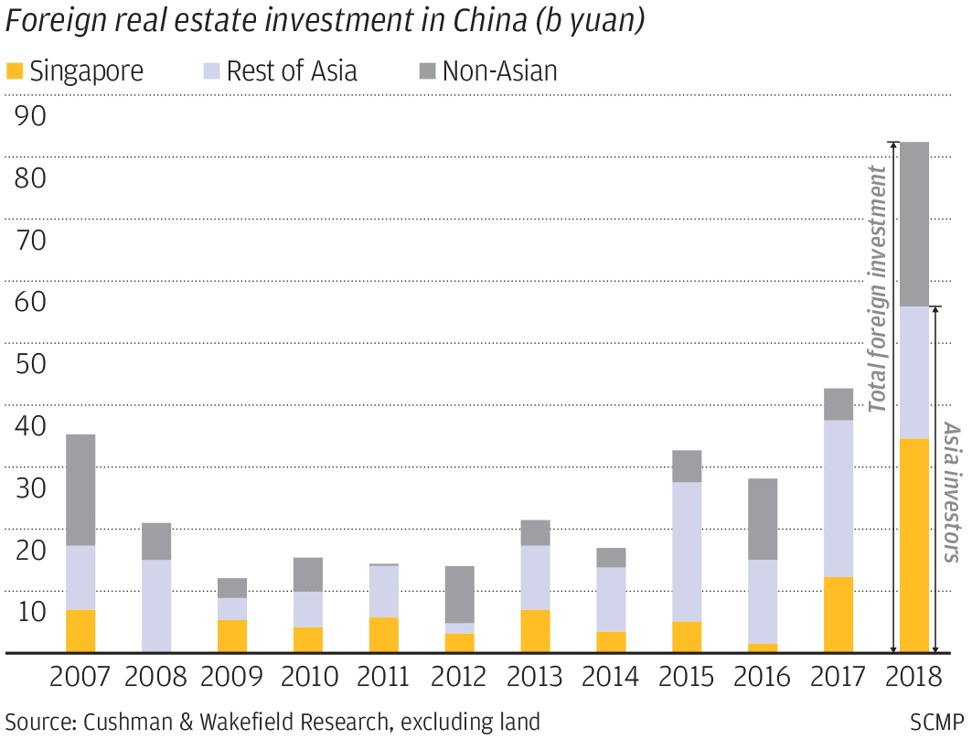 “We wanted to take a gradual approach in acquiring assets,” said Lucas Loh Jen Yun, chief executive of CapitaLand China. “But it was not until 2018 when we saw many great opportunities and ideal assets for us to buy.”

Puah said he had been up to eyeballs in work last year as overseas investors became beneficiaries of Beijing’s financial deleveraging campaign.

Austerity measures by Chinese governments such as tightened financing to reduce leverage ratio usher in some good bargains onto the market and CapitaLand decided to seal those lucrative deals, according to Loh. Mainland regulators put highly leveraged asset buyers including developers and financial institutions under heightened scrutiny as a way of warding off risks.

Foreign investors with advantage in developing premium office and commercial properties emerged to be top candidates to take over buildings like Star Harbour when the state-owned landlords looked to cash out to reduce leverage ratio.

“For mainland developers, it’s advisable for them to form partnerships with global big names because they are experienced and resourceful, who can eventually help improve development capabilities,” said Sam Xie, head of research at CBRE China. “The overseas partners with asset allocations around the globe, will help Chinese partners to go outbound in the future.”

“The trade war has a minimal impact on their decision making,” he said. “They are keeping their asset allocation strategy unchanged, and they need to invest part of assets in China.”

Annualised investment return from an ideal property in top-tier mainland cities such as Shanghai could hit 10 to 12 per cent which includes appreciation of the asset and yield based on rent income.

The return rate cannot be matched by properties elsewhere in the world, Yip added.