MRT 3: Here is the list of stations for Klang Valley’s upcoming Circle Line

Klang Valley’s MRT 3 Circle Line, which was previously shelved by the former Pakatan Harapan government, is now back on track. As announced by Transport Minister Dr Wee Ka Siong recently, the MRT 3 project is aimed to be fully completed by 2030 and it will start partial operations by 2028. The new rail project... 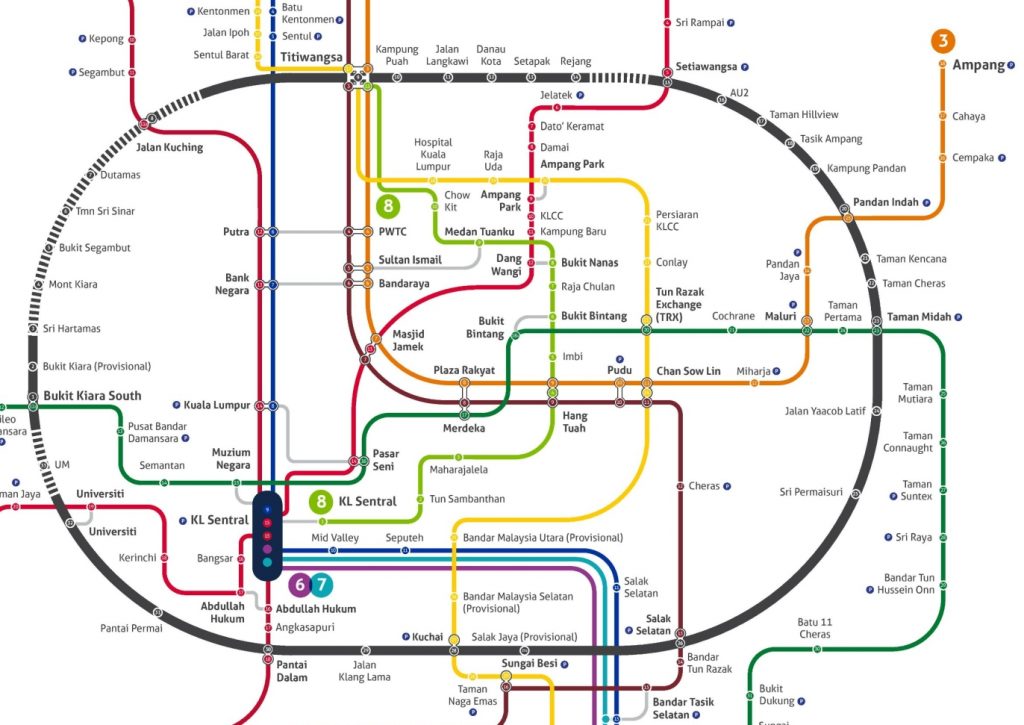 Klang Valley’s MRT 3 Circle Line, which was previously shelved by the former Pakatan Harapan government, is now back on track. As announced by Transport Minister Dr Wee Ka Siong recently, the MRT 3 project is aimed to be fully completed by 2030 and it will start partial operations by 2028. The new rail project is estimated to cost RM31 billion excluding land acquisition. The land acquisition is forecasted to cost around RM8.4 billion and the project is said to be open for tender in May.

As the name suggests, the Circle Line is essentially a loop around the Klang Valley. MRT 3 is 50.8km long consisting of 40.1km of elevated track and 10.7km will be underground. It is slightly shorter than MRT 1 Kajang Line (51km) and MRT 2 Putrajaya Line (57.7km), and there will be a total of 31 stations (excluding two provisional stations) including 10 interchange stations.

If you’re wondering where are the new stations as well as the interchanges to existing rail lines, MRT Corp has shared the Klang Valley Integrated Transit Network map which includes MRT 3 Circle Line. Most of the stations are elevated except for seven that will be underground. The current planned underground stations are UM, Sri Hartamas, Mont Kiara, Bukit Segambut, Taman Sri Sinar, Dutamas and Jalan Kuching. Park and ride facilities will be provided at 15 stations.

The Transport Minister said recently in Parliament that the government is proposing to implement a congestion charge for vehicles entering the city centre once MRT 3 is completed. This could be somewhat similar to Singapore’s Electronic Road Pricing (ERP) and London’s Congestion Charge Zone (CCZ), where vehicles are charged a higher fee during peak hours. The charge is aimed at reducing congestion as well as noise and air pollution in the city centre area. If the MRT 3 project wasn’t put on hold by the previous administration, it was supposed to be completed by 2025. At the moment, MRT 2 Putrajaya Line is still under construction and the opening of Phase 1 has been delayed from August 2021 to at least Q2 2022. According to MRT Corp CEO Datuk Mohd Zarif Hashim, the revised opening was due to two system modules for the autonomous rail line requiring further refinement. Phase 1 of MRT 2 covers a 17.5km stretch with 12 stations from Kwasa Damansara MRT to Kampung Batu MRT Station.

Besides the MRT, there’s also an ongoing construction for LRT 3 Shah Alam line, which connects Bandar Utama in Petaling Jaya to Johan Setia in Klang. LRT 3 is 37.8km long which includes 35.8km of elevated track and 2km underground. There are a total of 25 stations which includes one underground station for Persiaran Hishamuddin in Shah Alam.