What has made 9 Seputeh stand out from other five-star establishments in Kuala Lumpur?

The RM2.1 billion mixed integrated project is a game changer in property development.

The 7.04ha project is set by the Klang river and located about 1.6km from Mid Valley Megamall.

“It is about redefining contemporary urban experiences and lifestyles with dynamic residences, retail and commercial zones. It is also to rejuvenate… give a new lease of life to old apartments and shoplots surrounding the vibrant mixed-used development.

“It is giving the 9 Seputeh residents lifestyle-led facilities that bring a sense of luxury, relaxation, relaxation and entertainment designed to resonate with their busy lives,” he told NST Property.

Cheah said these were all made possible by having the right architecture, interior design and landscaping stalwarts like RSP Architect, Designtone, and Praxcis Design, respectively. 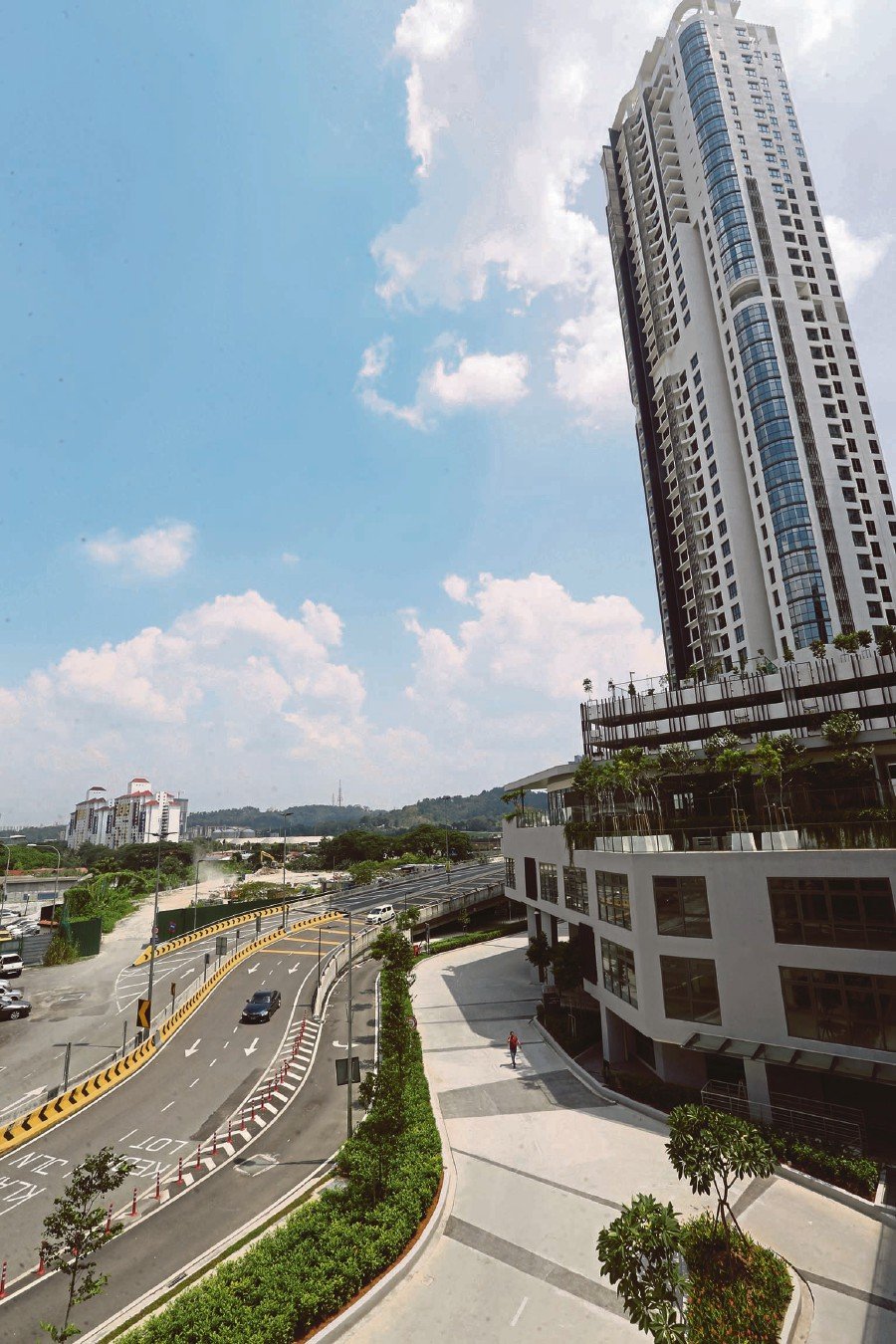 9 Seputeh is just 1.6km away from Mid Valley Megamall.

As for PropertyGuru, the winning criteria was that the judges recognised the principle behind the 9 Seputeh project — to create contemporary lifestyle experiences for residents.

MRCB Land, the property development arm of Malaysia Resources Corp Bhd (MRCB) and pioneer in transit-oriented development in Malaysia, has time and time again incorporated the best amenities for its projects to drive continuous and sustainable growth. The company has also dedicated its resources for various philanthropic, charitable and corporate social responsibility (CSR) initiatives to give back to local communities.

Opened to the public in November last year, the 1.7km project comprises a 660-metre dual-carriageway link bridge and 1,040 metres of upgraded road of 12 metres wide. 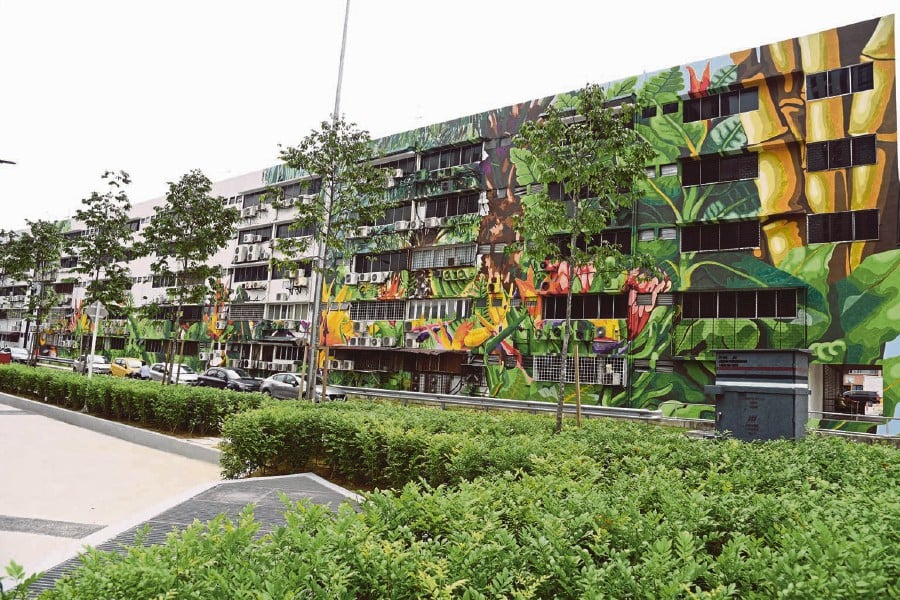 In addition, the link bridge also acts as an alternative route for those heading from Jalan Klang Lama to Bangsar, Petaling Jaya, Subang and Klang.

“Gone are the days when you have to fight traffic to get to work or home. Residents, business owners and visitors will be able to get in an out of 9 Seputeh with ease.”

and the environment in the neighbourhood, said Cheah.

One of the most outstanding works is mural paintings that cover the entire wall of the old UPC shoplots just across 9 Seputeh, a masterpiece of local artist Fadzlan Rizan Johari.

Cheah said MRCB Land is working with several local artists to come up with sculptures, paintings and murals.

“We have started mural painting on the UPC shoplots. It is work-in-progress now. Once completed, it will be very ‘instagrammable’.”

MRCB Land is also in the midst of repainting Gemilang condominium, which is next door to 9 Seputeh, as part of the company’s corporate social responsibility.

“The residents had to endure loud noises coming from the construction of buildings at 9 Seputeh, and we want to give back by repainting their buildings and changing the awnings of the balcony. It’s a breath of fresh air now.

“We don’t want to be a developer who just sells and walks away. We are doing more than what we have promised. 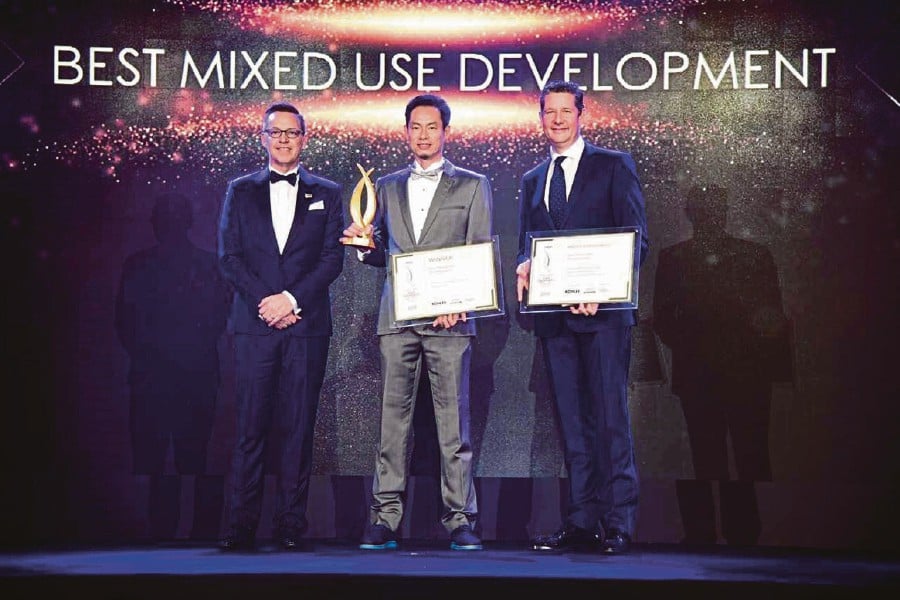 We are enhancing the 9 Seputeh area to create value for all the people who work and live here,” added Cheah.

MRCB Land Sdn Bhd will hold on to the remaining land — Parcel A and D — at 9 Seputeh for future developments, says chief executive officer Raymond Cheah .

The company’s plan for 1.02ha Parcel A is to build a 41-storey serviced apartment tower, he said.

According to Cheah, the serviced apartments will feature units with discreet services in plush refinement surrounded by a broad range of amenities.

He did not say when MRCB Land would launch the apartments but added they would be luxury units.

The plan for Parcel D, with land size of about 1.04ha, is to build an education hub with a 34-storey tower.

“The key for 9 Seputeh is sustainability, which is why we are very careful with how we build here.”

The first launch in 9 Seputeh was in 2014. It was the VIVO series featuring VIVO Residences (four towers), a small-office-home-office (SoHo) block, and VIVO Signature Retail.

Since the launch in 2014, VIVO Residences have achieved a take-up of close to 90 per cent, at an average price of RM800 per square feet (psf). 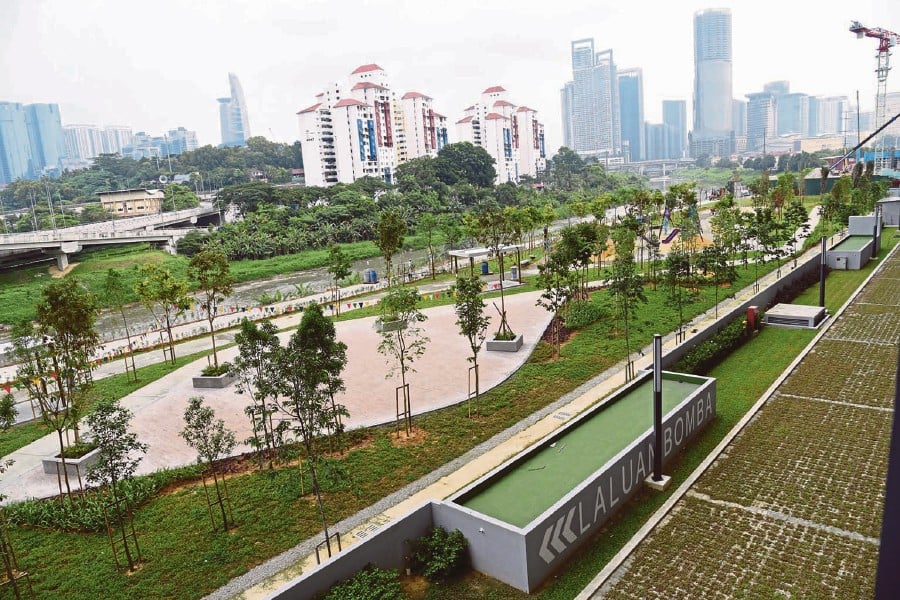 The apartments come with a 2.02ha deck and 58 lifestyle facilities and buyers are collecting their keys now.

“The development celebrates nature in all forms with vast open green plaza on Level 1 and colourful plantings, water body and refreshing fragrance. Level 9 is where the Facilities Floor is located.

What is interesting is the podium car park that is wrapped with alternating fins and green trellis screens soothing the view with vertical planting.”

Cheah said the SoHos are close to 95 per cent sold and home-sharing platform SubHome is stepping in to manage some of the units under the Airbnb concept.

Apart from SubHome, other anchor tenants at VIVO Signature Retail are Campus Rangers and SKM Market.

Campus Rangers is a Cambridge IGCSE learning centre which obtained approval as an international school in January last year.

It provides holistic education to all levels of students, starting from pre-school (this year) to primary and secondary levels. 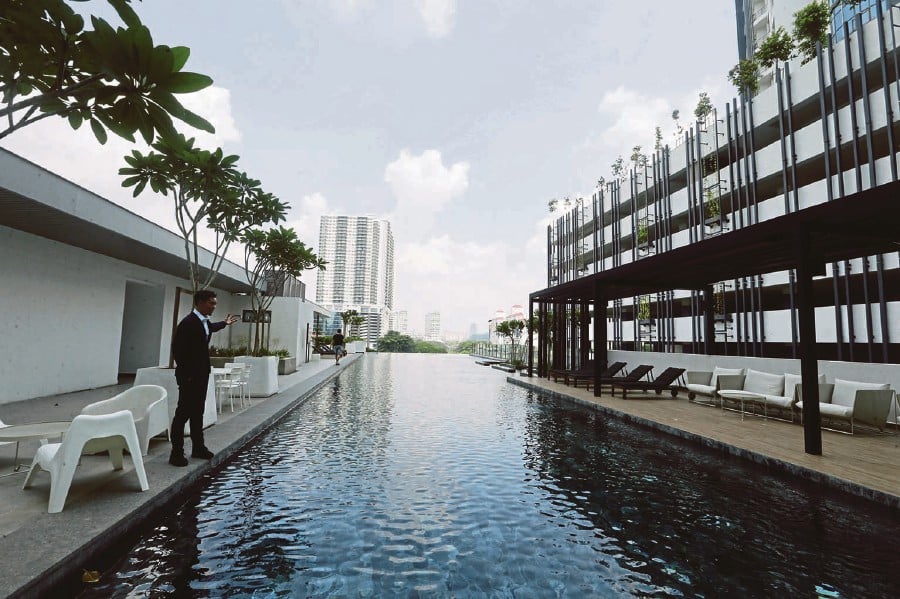 The pool overlooking parts of the Old Jalan Klang Lama.

Cheah said Campus Rangers is taking up 70,000 sq ft of space and would operate fully in the first quarter of next year.

SKM Market is leasing 20,000 sq ft of space. It is owned by Sai Kim Enterprise Sdn Bhd, which was established in 1982 and deals in seafood business.

“Sai Kim is touted to be one of the best among the major fishery trading companies in Malaysia. It has more than 30 years of experience in the fishery industry and has evolved from retailing seafood in wet market to its current status.

“We hope by them coming to VIVO, they would re-invent themselves as an upmarket seafood operator. These anchor tenants would further enhance 9 Seputeh,” he said.

Cheah said MRCB Land would retain VIVO Signature Retail in order to control the tenant mix and ensure it has a sustainable eco-system.

“We have the apartments, VIVO Signature retail, education in Campus Rangers, SoHo and grocer.

These are some of the key catalysts that will drive the entire development.”

A further enhancement to 9 Seputeh is the 1.6km promenade boulevard and riverside park which will have retail, as well as food and beverage outlets.

According to Cheah, MRCB Land will invest around RM10 million in the promenade boulevard and riverside park as part of the River of Life eco-project.

“We will reshape and rejuvenate the landscape. This community based initiative by MRCB Land is to create an extended external boundary making 9 Seputeh home owners and the surrounding communities feel that they are not going home to a concrete jungle,” he added.