Bukit Jalil, surrounded by mature neighbourhoods such as Serdang, Puchong, Happy Garden, Taman OUG and Sri Petaling, has expanded to include Mutiara Jalil, Puncak Jalil, Jalil Sutera, Taman Esplanad and Taman Yarl. “We see it expanding further just like Bangsar, where there is Bangsar South, which otherwise is Kampung Kerinchi. We see developers riding on...

“We see it expanding further just like Bangsar, where there is Bangsar South, which otherwise is Kampung Kerinchi. We see developers riding on the popularity of Bukit Jalil to create new areas under the brand name.

“When there is a new area being developed, it will sell well as they are all connected,” said Michelle Siew, head of marketing and corporate communications of Exsim Development Sdn Bhd.

One of the biggest property players in Bukit Jalil is Tan Sri Desmond Lim Siew Choon who, through Malton Bhd, is developing the RM4 billion Bukit Jalil City.

The 20ha Bukit Jalil City, which is a collaboration with the Pavilion group, is the most high-profile and highly-anticipated project in the area.

The first phase comprising 112 signature shop offices has been fully sold since its launch in 2015.

The second phase consists of 1,098 units of luxury serviced apartments and 44 units of retail shops, and the units are also sold out.

Back in 2012, another company controlled by Lim, WCT Holdings Bhd, acquired the entire equity interest in Timor Barat Properties Sdn Bhd, which has three parcels of land totalling 23ha in the matured Overseas Union Garden (OUG) area for RM450 million, or an average of RM180 per sq ft (psf). 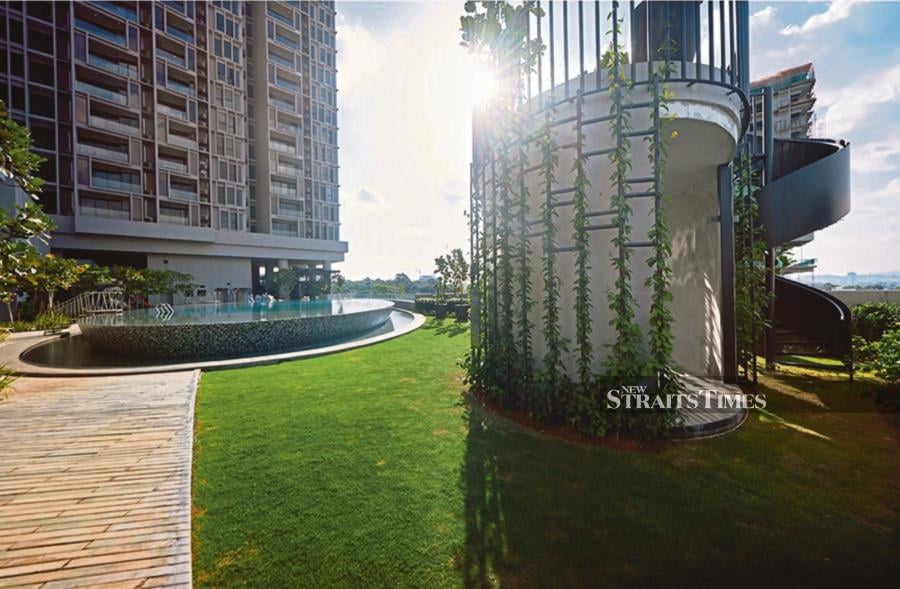 The land is situated in Taman Yarl, off the Old Klang Road, and WCT has started a project there called Paradigm Garden City, with a total gross development value (GDV) of RM8 billion to RM10 billion.

The integrated project will be anchored by a mega mall and complemented by a corporate office tower, retail offices, luxury residences and hotel.

The first phase of the project, The Waltz Residences, comprising two tower blocks and 419 units, was launched in 2016. Units were priced from RM754,000.

NO BULL RUN FOR PROPERTY MARKET

Exsim’s Siew said the local property market may rebound in the next two to three years, but there would be no bull run.

“The end of 2008 to 2011 were golden years for the property market. Wrong product, wrong location, wrong pricing, you still made money. Those who bought properties during those years, they managed to get good returns of up to 100 per cent. Fundamentally, Malaysia is still strong.

“Public-listed companies are still enjoying good results and banks are doing well. As a developer, I still think the local property market is okay compared to other markets. But I don’t think those golden years will come back again so soon,” she said.

Siew said the local property market is in correction mode and this is good as it can find a balance between supply and demand.

“This industry is still growing healthily as banks are doing their job, in terms of strict lending. Imagine what will happen if banks give loans to buyers to buy up to 10 properties. If you can’t serve (the loans), you will harm the economy.

“Property shouldn’t be (made) for speculators as they spoil the market. If prices increase by three to five per cent or 10 per cent a year, it is good. Prices shouldn’t increase by 20 to 30 per cent,” she said.

Siew added that next year, Exsim would look at developing a 0.5ha plot in Bukit Jalil, where it plans to build 300 to 400 units of serviced apartments.The company’s target will be owner-occupiers.